Case study by Kuchenmeister GmbH with the support of Free Mind IT GmbH as of 28.03.2017 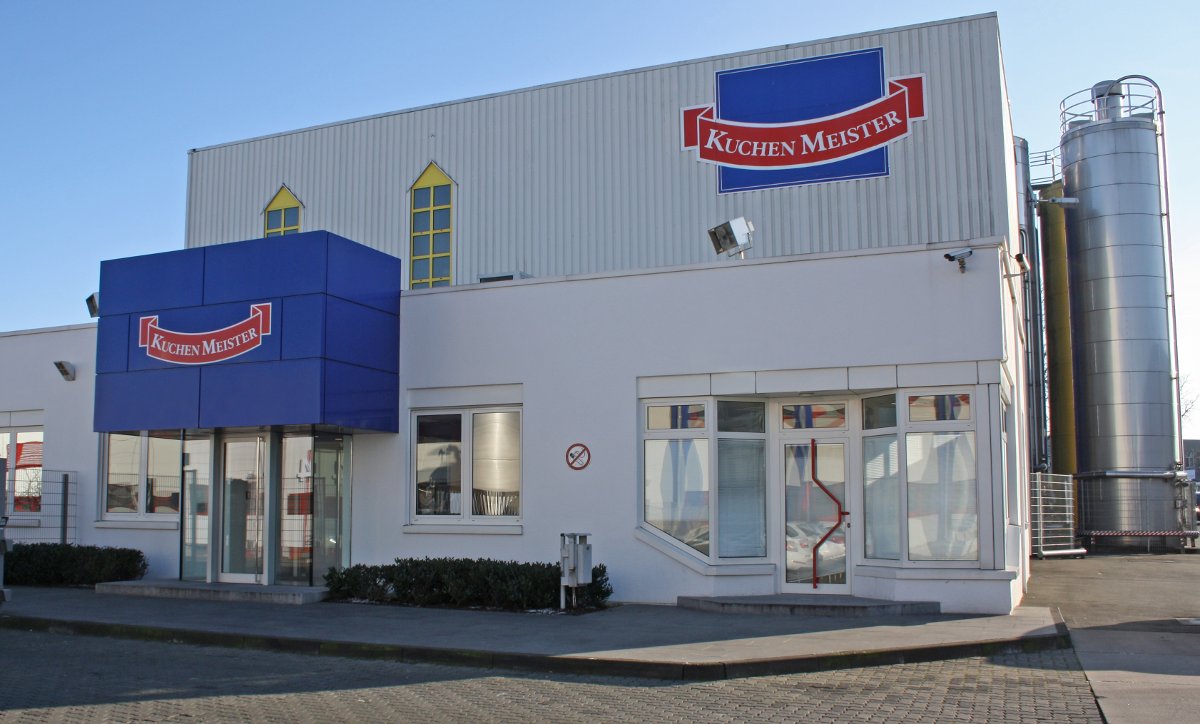 The Kuchenmeister GmbH is an owner-managed, medium-sized industrial company headquartered in Soest. The company was founded in 1884 by Julius Trockels as a bakery in the Soester Innenstadt. Destroyed in the Second World War and rebuilt by Günter Trockels at the beginning of the 20th century and led to industrialization, today, under the leadership of Hans-Günter Trockels, it is one of the most successful German companies in the production and distribution of confectionery and pastry products. The company currently has three production sites and one logistics center, each in Germany. There is also another owner-owned company in Germany.

The first contacts with the subject of electronic data exchange (EDI) had already been in the years 2000 and 2001. Driven by their customers, Kuchenmeister GmbH had to deal with this topic. Some larger customers no longer wanted to place their orders by fax or telephone, but only on the electronic way, they dictated the direction of the march.

This was followed by the first implementation of the topic with a purchased EDI converter and a connection to the ERP system. Over the next few years, however, the topic has gone through many hands in the company. The scope of the activities became more complex and comprehensive. In addition to dealing with electronic invoices, customers now also demand the dispatch of electronic shipping notices and electronic invoices. A part of the external forwarding companies were also connected with electronic freight forwarding applications. Most of these steps were initiated and implemented by the business partners. In 2010, a larger project with a brand partner was established in which production feedback were also transferred. However, on the whole, the potential for the company was recognized only very slowly by the frequent change of the responsible persons as well as by the more driven implementation by the customer. It remained for the time being at a neglected treatment of the subject EDI.

In 2011/12 it was decided to give more importance to the topic. The requirements of a more sustainable economy and the constant optimization of processes brought further arguments for an electronic data exchange. A new project was launched which aimed to modernize the current converter as well as the initial connection of its own suppliers.

After an extended selection process in 2013, Free Mind IT GmbH was commissioned to take over the complete EDI environment. The basic consideration of the issue of EDI from its own resources was rejected. This meant that Kuchenmeister GmbH was lacking the necessary capacity to work in the future, and that the estimation of the medium-term needs of specialist staff and necessary own investments was not proportionate to the complete delivery with the subsequent long-term support.

The Kuchenmeister GmbH has achieved a high integration into the own ERP system in the selected way, so incoming documents are sent directly into different EDI input boxes. For example, an agent had previously had to send each order, which was sent by fax, into the system manually. In contrast, he only needs to release the incoming order today. The ERP system checks whether all transferred data matches the data maintained for the customer, such as listed articles and agreed delivery times, etc. Most EDI-enabled customers also receive a shipping notification, so that the incoming goods can be collected directly. A further saving is that many customers receive their invoices via EDI only, which means that both paper and postal services are lost. In return, some customers provide electronic payment advice notification, which allows for easier processing of the open item list.

We are currently tying up various suppliers with Kuchenmeister GmbH, so that similar successes can also be achieved in this cooperation. The goal is to send electronic orders to the supplier, which can then be further processed by the supplier itself. In return, the supplier should send the corresponding electronic shipping notices before delivery. With these electronically transmitted information, the Kuchenmeister GmbH hopes to improve the manual and therefore very error-prone work in the field of the goods receipt and also to increase the traceability. This is done with the aid of MDEs (= mobile data acquisition units) so that the employee only scans the bar code on an incoming palette and the system then uses the data already transmitted for the ERP system. The receipt of electronic invoices is also expected to improve the commercial processes, since both the entry and the first booking are no longer required. In this process, it would even be possible for invoices that meet certain criteria to be directly booked, released, and postponed to the payment run.

The Kuchenmeister GmbH today without EDI in the administrative area according to own assessments at least twice as much effort. The abolition of EDI would not be economic or sustainable. The step into a more successful future has been made and initiation of new connections are now proceeding from Kuchenmeister GmbH.
www.kuchenmeister.de
back